The Mothers Union, Glasgow and Galloway held its Autumn Church Service and Council in St. Mary’s Church, Hamilton. The theme of the service was ‘Hands around the World’ and it was led by our MU chaplain the Reverend Lucy Ireland.  During the Eucharist, Trustees gave an update on each of our link dioceses, followed by a prayer for them and the lighting of a candle next to their country’s flag. We were blessed to open a new branch at St. Mary’s, followed by Bishop Gregor enrolling its new members, including the Dean, the Very Revd. Ian Barcroft. 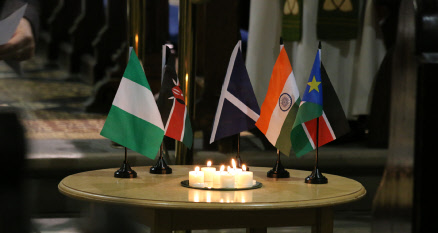 The service was beautiful and enjoyed by our members.

After lunch we continued with our council meeting. Branches gave an update on their status and projects. As well as the usual business items we heard about the General meeting held in Edinburgh. To conclude we made a prayer banner to leave to our new branch in Hamilton. This consisted of prayer points for the link dioceses and hopefully will be used to remind our new branch of the need for prayer in these links. 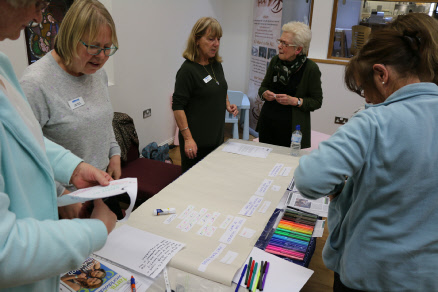 This was a very special occasion for us and we hope to be able to encourage other churches to join us by opening a n MU branch.

Click here to see more pictures from the event. 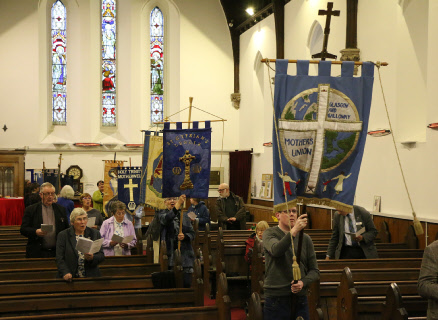 Members gathered at St. Cyprians Church, Lenzie for their festival Service on the 13th May. The diocesan banners were paraded up to the sanctuary at the start of the service. The Diocesan MU chaplain, Revd. Lucy Ireland led our service on the MU theme for 2017 called Faith in Action. Prayers were led by Maxine Gow the branch leader. 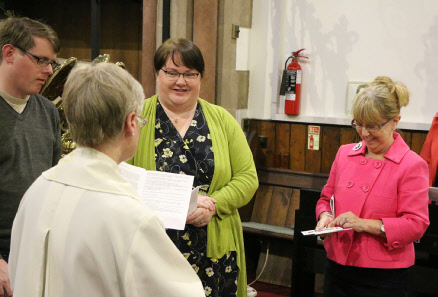 During the service we enrolled two new members, Ruth and Ian Hart. It was an honour to be able to add to our membership. Provincial President, Jean Richardson joined us for our service, followed by afternoon tea, very kindly provided by members at St. Cyprians. We had a stall with some of the souvenirs which will be sold at the General Meeting in September in Edinburgh. We all enjoyed the worship and fellowship and are very grateful to our members in Lenzie for providing this for us.

More photos from the Festival Service are available by clicking here.

Welcome to the New Year

The Mothers Union theme for 2017 is ‘Faith in Action.’ We are blessed in our diocese that we see MU members of all ages and backgrounds demonstrating exactly what ‘Faith in Action’ means. We continue to support Low Moss Prison and other prisons in our area in a variety of ways, from delivering cards for Christmas, attending prayer groups to helping out practically in tea bars. Our knitting/crochet projects have been extended to include more hospitals and regular donations to ensure continuity. We have also extended our care home visits and as well as providing services at Harvest, Christmas, Easter etc; are now going to put on entertainment for St. Patrick’s Day. This will perhaps lead to St. Georges and St. Andrew’s day celebrations.

We are involved , as part of the Province of Scotland, in hosting the MU General meeting in September in Edinburgh. All MU trustees in our diocese have taken an active part in negotiating the new Worldwide Mothers Union Constitution, which will be presented to all members for approval in the next few months.

As a diocese we hope to visit churches with no Mothers Union when we organise our diocesan meetings and services. Hopefully other congregations will see the amazing work MU does and be encouraged to join us.

Resources for Mothering Sunday are now online at the main MU website. Click here to go there. These are excellent and well worth looking at.

With love and prayers as we go forward into 2017, 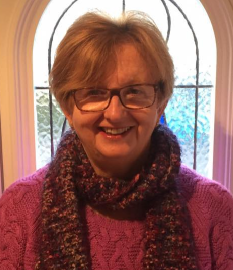 Ann Glenesk, former Diocesan President and member of Bishopbriggs Branch,has been awarded a British Empire Medal for her work in Low Moss Prison.

In response to the news, Ann commented: ‘The British Empire Medal in my name represents the willingness of a host of folk to come together, to have fun and at the same time do a wee bit of good - often difficult to quantify, but reassurance comes in spades from the most unlikely sources.   Victims of crime deserve justice, perpetrators of crime deserve punishment from courts.   Rehabilitation, support for families in prisons can be aided by a friendly smile, chat and a willingness of us all to notice and respect our neighbours in whatever context.

Thanks to Scottish Episcopal Church, Mother's Union and the amazing Low Moss Volunteer Group and staff of HMP Low Moss.’