A History of the Scottish Mothers’ Union

The Mothers’ Union was founded by Mary Elizabeth Heywood who was born on 31st December 1828.  She was well educated and later married George Sumner with whom she had three children.  In 1876 Mary started meetings for mothers in her parish, and she later created a membership card and the first Mothers’ Union Prayer with her husband.  Her impromptu speech in 1885 at the Portsmouth Church Congress inspired other women to establish their own meetings and persuaded the Bishop of Winchester to make the Mothers’ Union a diocesan organisation.

In 1912 the Mothers’ Union was incorporated as a church society and its new constitution expressed its primary aims: 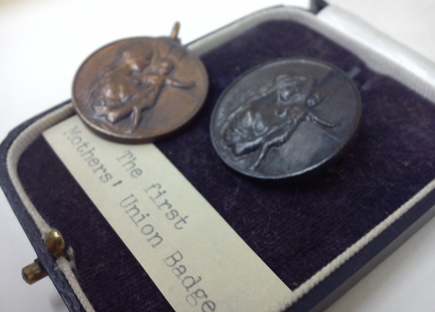 The Mothers’ Union was originally represented by a drawing of a mother and child by the artist Heywood Sumner, Mary’s son, as can be seen in the image above of a medallion and a brooch pin dated from approximately 1910.  Badges, brooches and other material items were important to members as treasured possessions while also embodying the spiritual motivation behind the organisation.

After many years of fundraising, Mary Sumner House was opened in Tufton Street, Westminster, by Princess Mary on 21st July 1925.  It acts as a memorial to the MU’s founder and a spiritual home to its members, with a chapel designed by the architect Paul Waterhouse at the heart of the building.

The Mothers’ Union continues to thrive and describes itself as ‘an international Christian membership charity that aims to demonstrate the Christian faith in action through the transformation of communities worldwide’.

The image of the Scottish Mothers’ Union badges at the top of this article are part of the Archive of the Mothers’ Union held at Lambeth Palace Library.  The Archive includes minute books, publications, correspondence, photographs, slides and ephemera including banners, badges and even a jigsaw.  It is invaluable to anyone interested in the organisation and more generally, the history of women in the Anglican Church.

This article is an edited version of the one that appears on the Lambeth Palace Library blog at http://lambethpalacelibrary.wordpress.com/2013/11/30/scottish-mothers-union/ 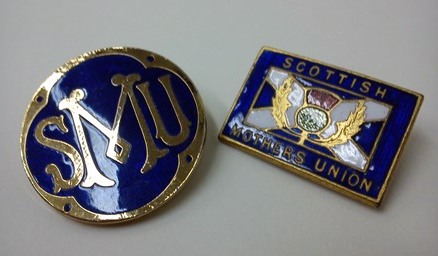