World-wide President’s Visit to the Diocese 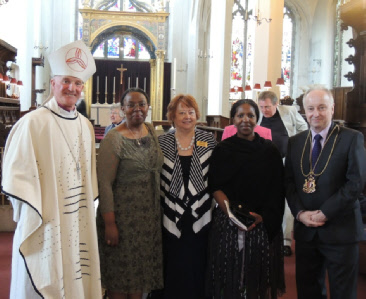 Rosemary Kempsell visited the Diocese between 10th and 14th August 2012.  She visited all the branches and met the Lord Provost of Aberdeen as well as joining in the Mothers’ Union on the Move event for the Aberdeen to Inverness segment.

Click here for the full report and more pictures.

Reflections on the General Meeting 2012 in Llandudno 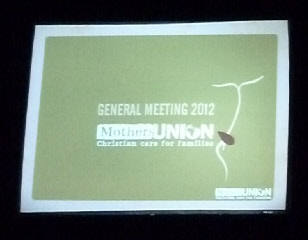 Sheila George gives a personal view of the meeting.  Click here to see her report and some pictures from the meeting. 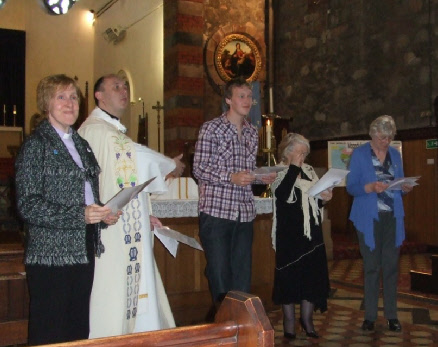 About fifty members and friends from across the Diocese attended the Lady Day Service held at St Mary's, Carden Place, Aberdeen on Friday 30th March 2012.  We were particularly pleased to welcome a number of people from St Clement's Church, nine of whom, together with the Revd Jane Ross joined the Mothers' Union recently.

The Revd Canon Graham Taylor, Rector of St Mary's and our Diocesan Chaplain, celebrated the Eucharist ably assisted by the Revd Jason Hobbs.  Graham was wearing a beautiful  white cope, embroidered with MU symbols which was made and gifted to the Diocese by MU members in Mthatha in South Africa. 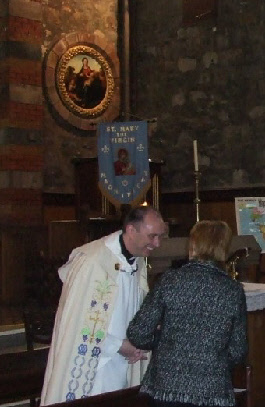 During the service, Graham led us in a Meditation after which, Lewis and Annette, from St Clements, were enrolled into the Mothers' Union.  Most of these new members are young Christians who have embraced the aims and objectives of the MU into their lives. 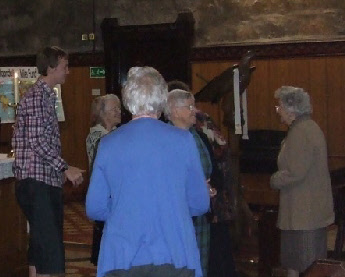 The Peace was shared and the Eucharist followed.  After this moving service we went into the hall to share fellowship, and enjoy the refreshments provided.

Chris Crosley, our Diocesan President. thanked all for attending the service, those who had a special role in the service, and all who had provided and served the refreshments.  A special thank you was expressed to Graham, Jason and Alison the organist.  Chris presented  these three with a small gift.   The collection is to be shared with +Bob's Lent appeal for support for the development of St Thomas Park parish in Mthatha  and St Mary's Church links with another parish in the Diocese of Mthatha. 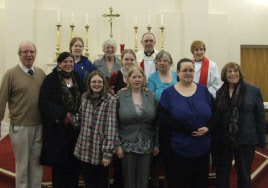 St Mary on the Rock, Ellon and St James the Less, Cruden Bay