Rwanda is a small country in Africa. A fertile, hilly country with very few natural resources, 90% of the population relies on subsistence farming. The government is deeply in debt with a poor infrastructure.

The President of the Byumba Diocese is Josephine Rwaja who has visited us several times in our diocese and in 2001 three members visited her in Byumba for five weeks, so we have close links and share our concerns and remember each other in prayers regularly. Josephine is on e-mail, which makes communication easier. We contributed a small amount to the building of a nursery school. Work projects include growing, drying, storing of beans, bakery, sewing and knitting. 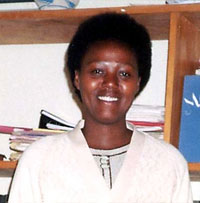 Guidance is the MU worker who

heads up parenting classes for Rwanda

Members are particularly concerned with conservation. In their centenary year 2002 they planted 100 trees, our Diocesan President visited with her husband and helped in the tree planting. They have also adopted Jabberwock beach, Anguilla, which their members endeavour to keep clean and tidy. A plot of land has been given to them to build premises for a day centre for children and the elderly. They have similar concerns as we have in the UK concerning drugs and teenage pregnancies. 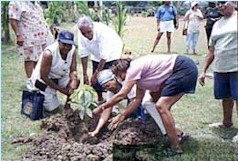 Malawi is a small country in central Africa. Lake Nyasa is a long lake covering two thirds of the country. It is an impoverished country, 90% live in rural areas. The government are heavily in debt.

We linked with Upper Shire Diocese in the south of Malawi. They have an estimated 5,000 members in 22 parishes, some parishes have 10 branches. They have written to us about their future plans and problems. 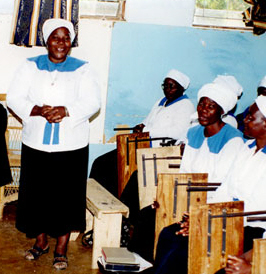 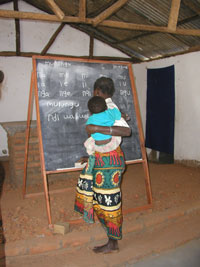 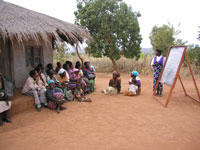 I have recently received a letter from Agnes Mkoko (photo above) in which she asks us to pray for The Mothers’ Union there. There has been no rain at all with the result that maize, their staple crop, has totally withered. Although many are facing starvation she says, “We know our God is a  good and  Merciful Father, he will still feed us, only if we trust Him.He feeds birds why not us? He will take care of us. May you please pray for us.”  She goes on to say that in the north many homes have been destroyed by earthquakes and repeats her prayer requests for them too.

We are linked with other dioceses specifically to pray for their needs so please help by not only keeping our sisters in Malawi in your own prayers , but by asking your congregations to pray too.

The Rift Valley in Tanzania

We exchange cards at festive times but communication is difficult.

This is a newly linked diocese and we are yet to hear from them.