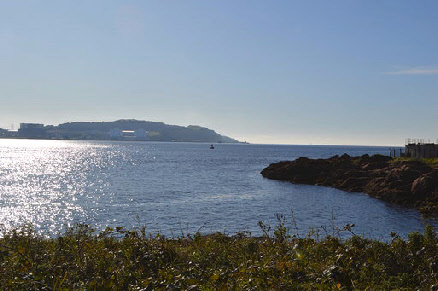 When the Glasgow and Galloway Diocesan Mothers’ Union Trustees received a substantial donation from the Brough Family in 2018, their request was that the money be spent on a project which mirrored the Mothers Union aims and objectives.

The decision was made to work with the North Ayrshire Woman’s Aid (WA) Group, with the aim of taking a small group of mums and children on an Away From It All (AFIA) holiday. 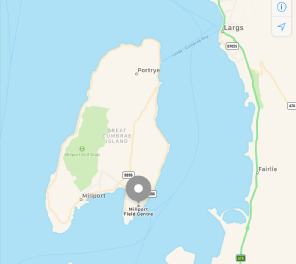 The Field Study Centre (FSC) on the island of Cumbrae, near Largs, was an ideal venue for this project, and after a number of meetings with both them and the WA family workers the holiday took place from 14th -16th October 2019. We obtained 80% of the children’s funding and four of our adult helpers funding from the FSC kids fund charitable trust, so this enabled us to fund the numbers we had. 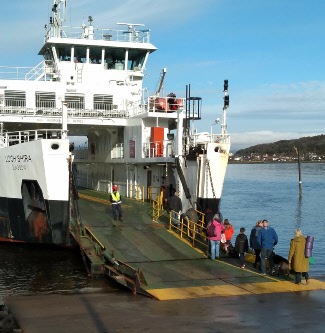 A total of 7 mums and 14 very excited children – whose ages ranged from 3 to 15 – met at the ferry terminal at Largs to begin our adventure. After the ferry crossing everyone piled onto the bus and headed round to the FSC Centre. After settling in and having lunch we spent the afternoon on team building activities and generally getting to know everyone. 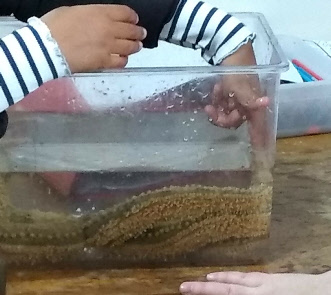 This was followed by a visit to the centre’s museum which highlights the local wildlife both above and below the waves. The children then had the opportunity to touch and feel a starfish, a sea urchin and a hermit crab. After a substantial tea we headed up to the back of the centre where everyone set a trap in the hope we would catch some small mammals. 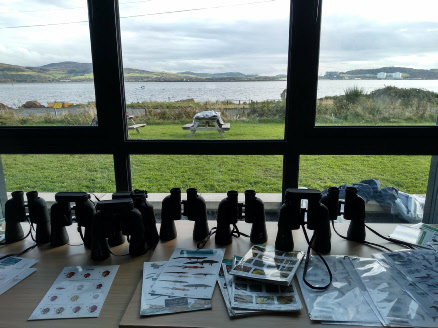 The next morning dawned bright and clear. Our main meeting room had panoramic views over the Firth of Clyde and lots of binoculars to have a look and see what was there. There was great excitement when a dolphin was seen jumping from the water beside one of the buoys well out into the Firth.

The traps we had set the previous night had produced one small mouse! This discovery was followed by shelter building, and then a trip to the beach to build fires and toast marshmallows. No matches here though, a flint and steel was used to light the fires. We managed to light a number of small fires but not enough heat was generated to actually melt the marshmallows! 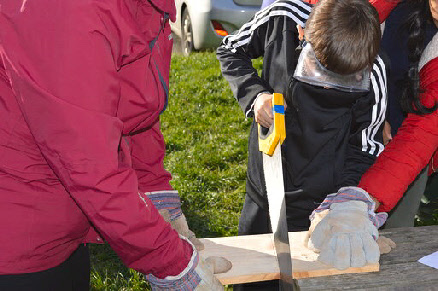 The afternoon was spent making bird and bat boxes. One of the 9 year old boys had a real interest in bats so was delighted to be making his very own box which he planned to erect in his own garden. After tea we headed along to the beach again for a campfire. Again the fire was difficult to light but we sang lots of songs, and clambering over the rocks in the dark was quite a challenge for the younger ones. 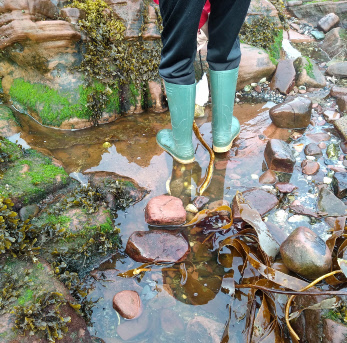 Our final morning saw us back at a different part of the beach to look under rocks and in the many pools. Lots of sea anemones, crabs and sand hoppers were found here. The centre staff had created a video of our time with them which was very popular with the children as they saw themselves on the big screen.  We ended with giving our gifts to all of the mums and the children which we had filled with goodies as a memento of our time together.

Everyone enjoyed the two days we spent together. The mums were able to relax, knowing that other people were there keeping an eye on their kids. They created a WhatsApp group and will support each other in the future. The kids made friends very quickly and those friendships will also hopefully continue. The centre staff were amazing and interacted with the children (and adults) well. The food and accommodation was great. The Woman’s Aid workers were very supportive to both us as MU members and to mums and kids and they felt that they connected with these families very well. Ursula, the Mary Sumner house staff member who joined us on the second day was impressed with everything she saw and hopes that this model for AFIA holidays may be used elsewhere in the UK. We hope to repeat this holiday in 2021 with another WA group and if you would like to make a donation to the next one contact Maxine our treasurer who will gladly receive cheques or bank transfers.

To see more pictures from the holiday, please click here.

What the holidaymakers said:

Mum – It has been a fabulous three days no one wants to go home, and memories made that will last a lifetime. Thank you to all the staff at the centre they were fabulous and kind. Thank you, Women’s Aid, for your continued support. Special thank you to Mothers’ Union – without you this would not have been possible. Please never underestimate the impact this break has had on all the families that have participated no words can express our gratitude. It has been life changing. Thankyou.

Child age 10 years – The best thing was making new friends and the coolest thing was seeing the dolphin. I’m going to recycle back home. My adventure was out of this world.

Mum – I enjoyed spending time with families from a similar situation. Meeting new friends, new networks, new experiences. I feel very emotional writing this, it was an amazing experience for all the children and adults here. Lovely to see us all helping, caring and supporting each other.

Child – My adventure was amazing

Why did we choose FSC and WA?

The Mothers’ Union Glasgow and Galloway chose the FSC as it incorporated many of our charities ethos’s. As the FSC had its own risk assessment/health and safety checks and they organised the program of activities, there was a minimum amount of work for the Mothers’ Union to do. We also picked the Women’s Aid as a group for similar reasons, they could organise and select the families. We enjoyed bringing both parties together and providing the means to do this. This can be replicated as FSC’s are all over the UK and Northern Ireland