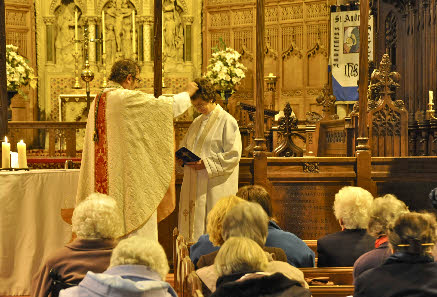 Bishop Mark Strange conducted a special service for the Mothers’ Union in St. Andrew’s Cathedral Inverness on 21st November 2009, in which he commissioned the Rev. Jenny Sclater, as Mothers’ Union Chaplain for the Diocese.  Also during the service, his wife Jane, was admitted as a member by Rev. Jenny as her first official duty.

On a very cold day, there was good support from members, including Sheila Redwood the Scottish Provincial President. 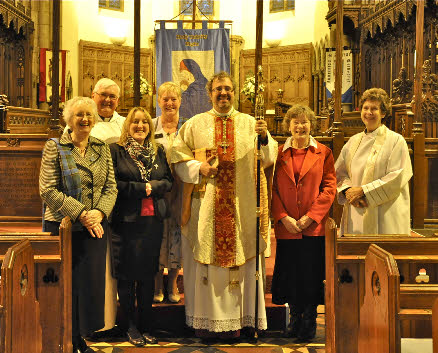 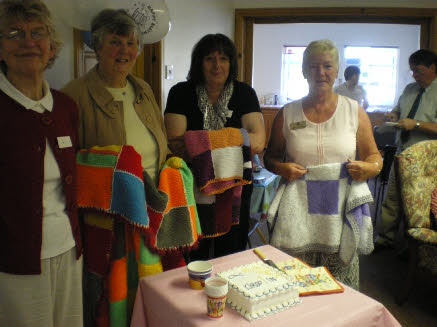 An e-mail from Anna Temple, the manager of a joint churches Christian drop-in cafe in Forres, led to a visit by the Diocesan President Lynne Taylor to accept on behalf of the Mothers’ Union, blankets knitted by the people who visit, or spend the day there.

The café is open one day a week at present, and offers a very warm and homely atmosphere with easy chairs for those who just want to relax. There is no charge for the food or drink on offer, just a dish for donations. At the time of the visit (29 May 2009), they were celebrating their first anniversary. 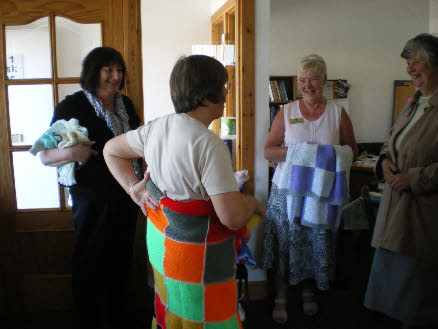 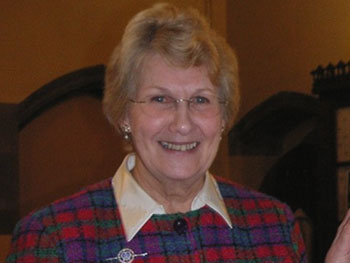 Thursday the 11th June 2009 sees a social visit by Trish Heywood, first Provincial President for Scotland, and a former Worldwide President, to Holy Trinity Church, Elgin. This will take the form of a bring and share lunch starting around noon. This is open to anyone who would like to come along. Contact Lynne Taylor on 01343 835861 for more details. 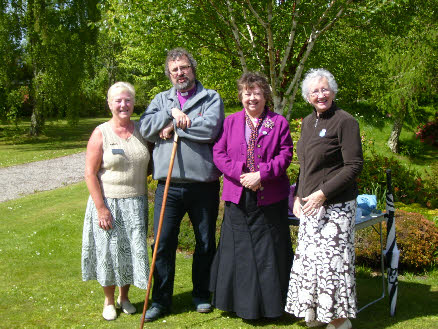 Worldwide President Rosemary Kempsall came to the Diocese on the 26th. May for a Diocesan picnic at Culbokie, the home of Revd. Martin and Carol Roff, on the Black Isle. Bishop Mark Strange (Diocesan Bishop) was there as well as Sheila Redwood the Provincial President for Scotland.  More . . .

More Growth in the Far North 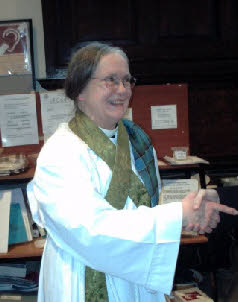 On February the 8th, 2009, Bishop Mark and Lynne Taylor, Diocesan President, made the long journey up to Thurso, through countryside covered in deep snow, for a service to admit the Revd. Wendy Knott (above) into the Mothers’ Union, this now makes three members in this remote area.

Mothers’ Union members have started holding a monthly time of prayer at St. Peter and The Holy Rood, Thurso at 1pm on the first Tuesday of each month. These meetings are open to everyone and attract non-members. The prayers follow the Mothers’ Union mid-day daily prayers, and wave of prayer cycle, where the countries concerned, their projects and the safety of their workers are prayed for. Contact for more details, Judith Middlemas 01847 893467 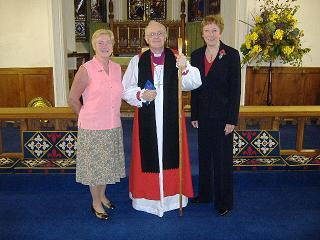 Lynne, Bishop John and Charmian at Lynne's commissioning as Diocesan President in Elgin 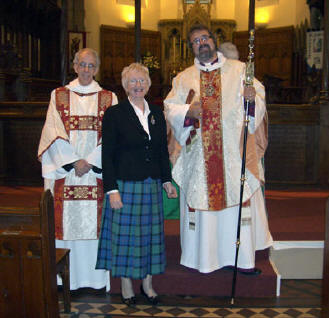 The first Festival service of the Mothers' Union in this diocese was held on 27th September 2008.It was a fine autumn afternoon, the cathedral hosted members and friends from as far away as Elgin and Thurso.

Provincial President Sheila Redwood spoke about the Mothers' Union, how it began and what we do today. This was followed by a sermon by Bishop Mark Strange who told members of his first impressions of the Mothers' Union and his later one when he realised the value of the work and support that is given to families in this country and worldwide. 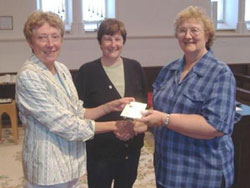 Janet Carter’s enrolment at St. Peter and The Holy Rood Thurso, by the then Provincial President, Charmian Paterson.

This is a regular event in our Diocesan calendar.  In 2009, we were pleased to have Rosemary Kempsell join us during her tour of Scotland (see above).  The photos below were taken in previous years. 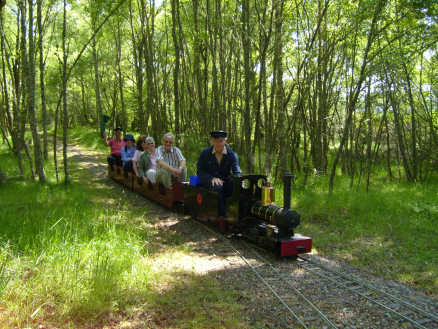 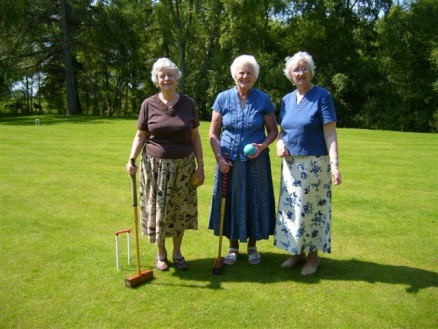